DEPARTMENT OF GROUND MOVEMENT AND PROTECTION OF UNDERMINED OBJECTS 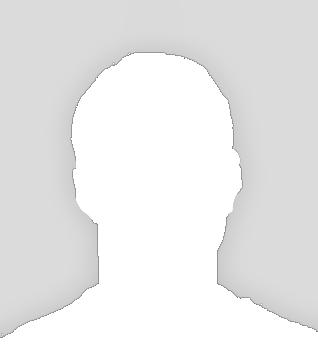 N. N. Grishchenkov is a member of the Presidium of the International Society for Mine Surveying (ISM) and a member of the Russian Union of Mining Surveyors; he holds a Chair of Mine Surveying in the State-Funded Educational Institution of Higher Vocational Education “Donetsk National Technical University". Nikolay Grishchenkov is one of the leading experts in the field of research into geomechanical processes that occur in the undermined ground. He is the author of more than 140 publications and a member of two dissertation councils and is involved in the training of specialists. Under his supervision three Candidates of Technical Science successfully defended their theses; two graduate students are working on their theses. The main directions of scientific activity of N. Grishchenkov are:

• Automation of mine surveying support;

• Prediction of mine subsidence with account of mesorelief and longwall movement;

• Study of geomechanical processes that arise in the ground and at the surface during underground mining.

- Prediction of the impact of under-and over-mining on mine workings, shafts and technical wells;

- Calculation of surface deformations with account of mesorelief and dynamics of increasing deformation;

- Monitoring of the state of the built-up areas of productive coal mines;

- Development of digital terrain models for the territory of Donbass in the areas of mining effect;

– Interaction of surface objects with the flooded footing and development of measures to protect buildings and structures in the areas of flooding;

– Assessment of the impact of mine subsidence on the surface objects during flooding of mine workings; development of measures to protect buildings and structures in complex geological conditions.

Employees of the department prepared numerous regulatory documents, obtained patents for inventions, published hundreds of research articles and prepared thousands of conclusions and recommendations for the coal industry.
The main directions of scientific activity of the department are:

- Maintaining integrity of industrial and residential buildings in the areas of undermining;

- Prediction of surface deformations due to underground mining, taking into account the time factor;

- Development of projects for undermining buildings and utilities, taking into account the mesorelief.

Employees of the department are co-authors of a number of regulatory and methodological documents that regulate production activities of mining companies:

- KD 12.12.004-98 Liquidation of coal mines. Surface protection against flooding of mine workings with water. Recommendations;

- Recommendations for the choice of construction and mining measures to protect undermined settlements and industrial enterprises.

– DBN V.1.1-5-2000 (Building Regulations) Buildings and structures at the undermined territories and on the collapsible soils.

Special survey plug has been developed allowing direct observation of the deformation of underground pipelines. Currently the staff of the department is involved in research work "Development of procedure for creating and visualization of digital terrain models for the areas of Donbass being under the influence of undermining”.
Mining subsidence is assuming increasing importance as one of the environmental considerations of underground coal mining. The need therefore exists for the closest attention to be given to the prediction of subsidence effect at the surface. Longwall coal mining results in subsidence troughs at the surface. The surface area is affected larger than the mined out area: spoil banks and dumps spring up at the surface. Coal-preparation plants give tailing dumps. Strip-mining affects surface relief more adversely: outside dumps of stripping soils amount to tens and hundreds of millions of tons. Open cast mines deepen the hundreds of meters and cover huge areas. Reclamation of surface-mined land is used but it does not make unsightly relief better. Future reallotment calls for generating digital terrain models (DTM), the use of which can kick start the planning and necessary computations.